PREVENT YOURSELF FROM FLOOD-BORNE DISEASES 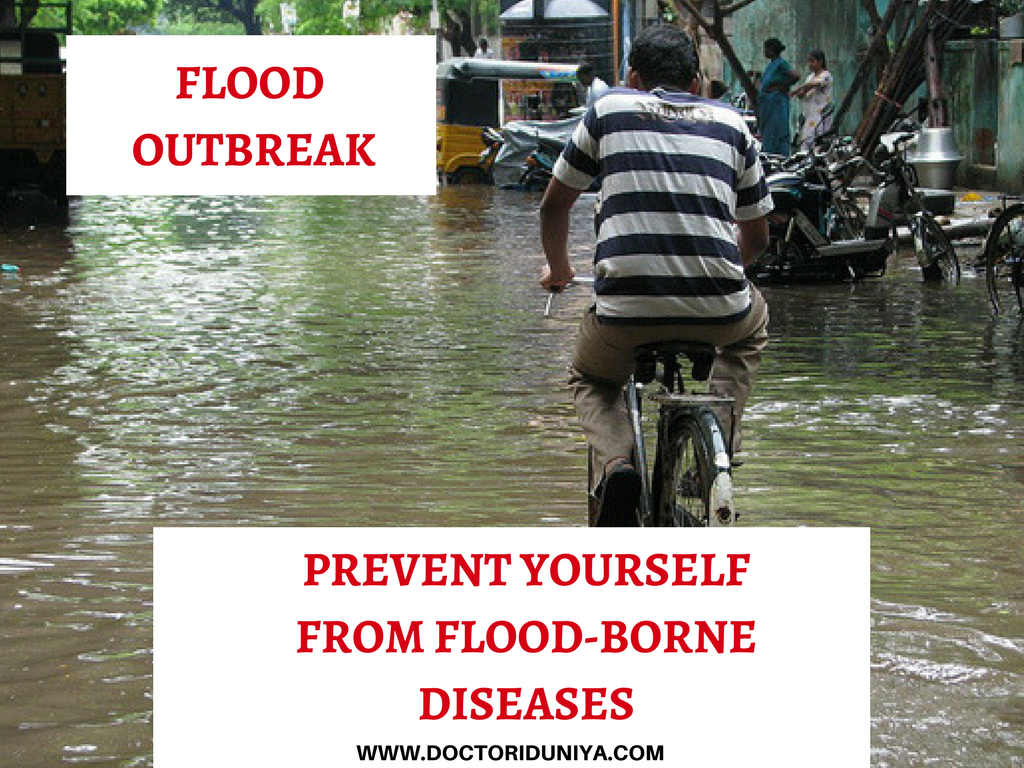 Flood is being observed in many towns and cities.Some areas have already submerged in the water.With flood comes so many water-borne diseases and infections. Many health risks, injuries, and hazards are associated with it.The rate of diseases increases due to poor sanitation and overcrowding.The more common diseases are diarrhea, cholera, and malaria, encephalitis, and dengue.Practising good hygiene techniques such as use of pure water, frequent hand wash, safe food preparation methods would surely help you prevent from various water-borne diseases.

Here we are listing some flood-borne diseases and the safety measures you should follow to prevent infections and diseases.

Cholera is a bacterial infection that spreads from consuming contaminated foods and water. Its symptoms include low blood pressure,rapid heart rate, and dehydration.Its symptoms may also include shocks and seizures.Drink safe water, wash your hands with soap and water.Eat well-cooked food.keep your surrounding clean.

Flood also increases the risk of hepatitis A.Its symptoms include fatigue, fever, vomiting, muscle pain.Getting up to date vaccination is the best way to prevent hepatitis A.

Typhoid is most common disease during the flood.It is caused by the bacteria which enters the body through contaminated food or water. Its symptoms include high fever, chills, headache, weakness, and diarrhea. Avoid drinking contaminated water, Avoid eating raw foods and vegetables. Wash your hands often.

7.Dengue fever-
You should be aware of the symptoms of dengue fever and the methods to protect yourself from mosquito bites.Dengue could be deadly. Its symptoms include rashes, fever, loss of appetite and muscle cramps. Use of bed nets, insecticide, insects’ repellent and fully covered dresses can prevent disease.

During flood disaster, maintaining personal health and safety become difficult.A person with weak immune and children easily come into the grip of infections.Do not allow children to play in flood or standing water, as it may contain several of hazardous chemicals.If you have been exposed to floodwater, you should bath as soon as possible.

"BE INFORMED, BE HEALTHY"

Get Online Consultation with Best Doctors