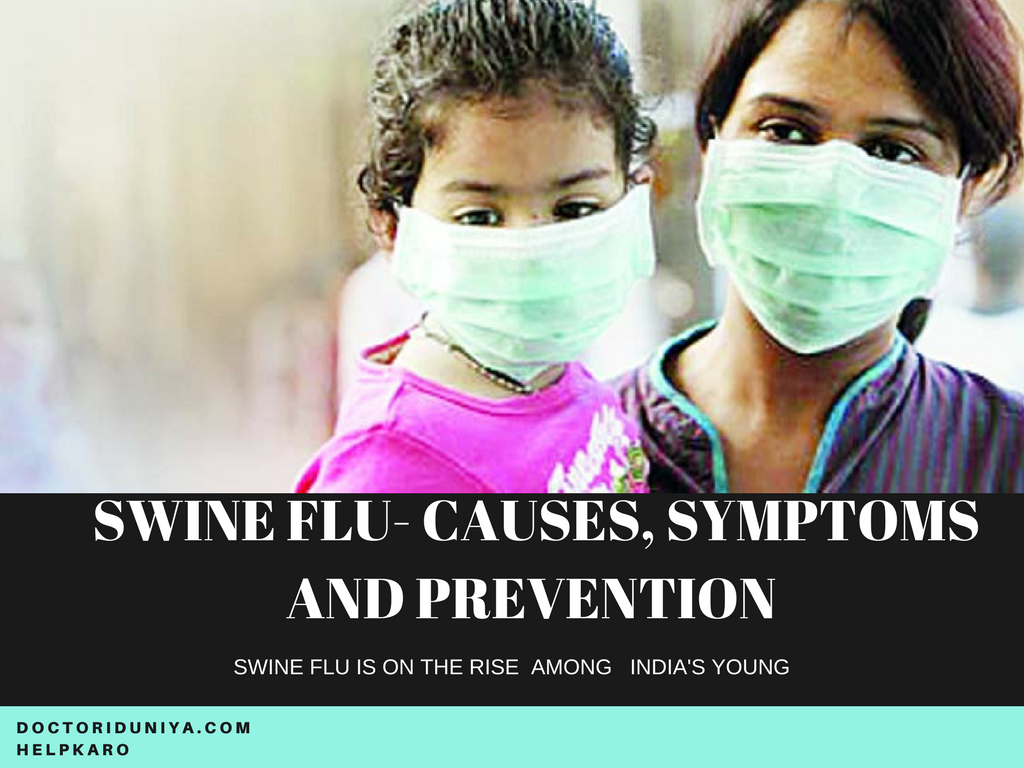 Swine flu is a viral infection that is caused by the H1N1 virus; hence it is also called as the H1N1 flu. From the past few years, it has taken a deadly form and continues to grow rapidly. It is a contagious flu that symptoms are similar to the common flu, but sometimes if not detected earlier it can take a dangerous form. So it is necessary to know the symptoms, causes and prevention methods. We should be alert and spread awareness so that we can prevent more people from getting affected.

Causes and Spread of Swine Flu-

1. Swine flu is caused by a virus that infects pigs.

2. It does not transmit from animal to person, it transmits from a person to person.

3. As it is contagious, it spreads from an infected person to a healthy person.

4. People with reduced immunity are at greater risk.

5. The virus spreads easily in crowded areas and in places with large groups.

6. An infected person can spread swine flu by sneezing, coughing or by touching objects.

People who are at greater risk of swine flu include-

• People who have low immunity, due to illnesses

• People having certain medical conditions such as diabetes, heart diseases or asthma

The H1N1 virus usually takes one to three days to expose its symptoms.Its symptoms include-

People having mild symptoms may get relief by taking rest. In severe cases, hospitalization of the patient is considered.

Treatment is given to relieve and reduce the severity of the illness. Doctors can also prescribe antivirus drug.

How to Prevent Swine Flu?

Swine flu is a contagious disease and can be prevented by following certain measures. Here are some effective prevention methods that should be followed to escape from it.

• Cover your nose and mouth when sneezing or coughing.

• Avoid touching objects of common use.

• Keep your hands clean.Wash your hands after visiting public places with soap.

• Clean foods and vegetables properly before using them.

• Use alcohol-based sanitizers to keep your hand clean

"BE INFORMED, BE HEALTHY"